Environmentalist and Around-The-World-Sailor dies of Cancer

Ian Kiernan, a former round-the-world sailor and environmentalist, recently died at age 78. Kiernan raced for over 40 years and died of cancer on in Australia on October 16, 2018. 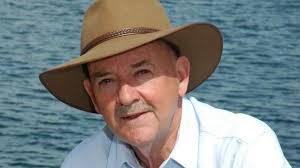 During the BOC challenge, a solo around the world race, Ian Kiernan was upset by the amount of pollution in the ocean. He got sixth out of 25 yachts in the around the world yacht race, the BOC challenge. Kiernan was the founder and chairman of Clean Up Australia, an organization cleans up Australian beaches and educates people about plastic bags. They also encourage Australia to prevent pollution in the marine environments. He organized an event called Clean Up Sydney Harbor, in which 40,000 volunteers showed up to clean up the water. Kiernan supported the marine environment and helped make a difference in the world. Kiernan once said, “Simple, easy actions can protect the health of our water resources and help save drinking water supplies. There is not one individual who cannot help to make a difference to the health of the environment.”