Has Apple Fallen From the Tree?

Apple companies have just realized that they will not present a self driving car to the world because it is hard to control safety and other things that need to be included as features of the car.

So far Tesla and other companies with project ideas on self driving cars are all in the race to be the first. Their ideas are being detoured because of the aspects each car needs to have to be safe enough for people to drive. For example, they need all the elements from safety precautions to timetables, in order for the car to be better than ordinary cars today. These are all reasons for why the car companies can’t produce the self-driving cars they talk about.

Apple, is one of the many companies in the competiton to be the first company that can sell the cars everybody wants. They keep saying they will come out with it, but dilemmas keep showing up, causing them to be delayed in their production. For the past four years, Apple has been putting their best designers to the task. For example, Jony Ive has been developing prototypes of a reimagined car worthy of the Apple name. The Times describes Apple’s ideas as building a vehicle that would be the automotive version of the iPhone. 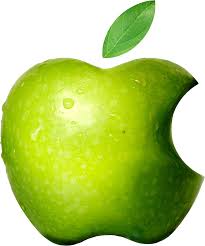 “Apple once had grand aspirations to build its own electric self-driving car and lead the next generation of transportation. Over time, the tech giant’s ambitions ran into reality. So Apple curtailed its original vision, first by focusing on software for self-driving cars and then by working solely on an autonomous shuttle for its own use with employees. Now, the tech giant has settled for an auto partner that was not its first choice.” (https://www.nytimes.com /2018/05/23/technology/apple-bmw-mercedes-volkswagen-driverless-cars.html) This quote describes how Apple is one of the many car companies with big dreams of being the first ones to complete a self driving car. Once again, their ideas have disappeared and they are at the bottom trying to come up with more solutions that will end the long competion of cars.

In conclusion, Apple is still struggling to win the race that all companies are trying to win. Not only have their ideas recently been misled, Apple is not the company ahead in the race as many viewers expected them to be.