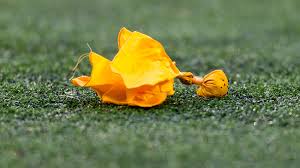 In 2017 each team averaged around 3.34 roughing the passer calls. In week 3 there were 30 roughing the passer calls in total. One on Clay Matthews, Green Bay Packers defender, for roughing on Minnesota Vikings Kirk Cousins and then a Vikings defender threw down Aaron Rodgers and there was no call. There is a reason why they have the rule; last season Carson Wentz tore his ACL as a result of roughing the passer. Also, for any new young QB’s, they don’t want them being hurt. Also, defensive end William Hays tore his ACL trying to avoid Raiders quarterback Derek Carr so he wouldn’t get a roughing the passer call for his team. “It helps me out because I’m a Quarterback,” says Deshaun Watson, Texans quarterback, “but, some of the calls are just crazy!” “I don’t like the rule,” said FOX’s Troy Aikman a cut-short Hall of Famer. “I think the league overreacted, and I think they will continue to look at it with the controversy that’s been created,” Aikman said, adding the strict interpretation of the 1995 rule “changes the outcome of games and ultimately will cost some coaches their jobs.” (This quote is from FactsVerse website) Many linebackers and defensive ends think that football is never going to be the same like in 1955, now football is changing with new technology and new safety rules.

Back to the Clay Matthews incident almost everyone knows that the hit wasn’t a foul on Matthews. From that reason many star linebackers and defensive end have even less sacks than they did last season also almost all of them don’t try to sack the quarterback anymore. Because of this the NFL has lost some fans. Even halfway through the season the rule has not changed, but the referee has let go of the rule a little bit. Still there are some weird calls on clean tackles.