On October 28, 2016, Titanfall 2, the sequel to Titanfall was released on Xbox One, PS4, and PC and a review on this website is long overdue.

Since its humble beginnings as an FPS game, Titanfall 2 has slowly been amassing a hoard of followers. You, as part of the Militia, play against the IMC who repeatedly take over planets for the goal of intergalactic conquest. In order to follow this quest through, the IMC produces titans, who are big robot suits driven by a pilot. The IMC are not the only ones who have access to titans though. The Militia steals many of them in order to level the playing field. These titans are what make the game a truly fun experience. The abilities that you have access to as a pilot are also very helpful and game-changing. Unlike Titanfall, the game can be played in two modes. Campaign or multiplayer. In the campaign, you start out as a pilot who with his squad has gone into battle on an alien planet. When all of your friends die in the crash after landing on an alien planet, you are left alone with the last of your teams titans standing. This titans designated pilot has been killed when the IMC abu 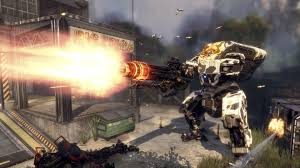 sed you. Together, you manage to escape the planet by establishing both a neural link and a bond. There are a multitude of things you can do in the multiplayer such as play against bots or face off against fellow skilled pilots. Last Titan Standing, Free For All, Pilots vs. Pilots, Coliseum, Private Match Beta, 8v8 Variety, Variety, Capture the Flag, Amped Hardpoint, Bounty Hunt, Attrition, and Mixtape are all great games that Titanfall 2 offers. While some might say that Titanfall 2 is no different than Titanfall, it is because of the campaign, new guns, new tactical abilities, new titans, and more customization.

Together, these all make Titanfall 2 a game to remember.