On the evening October 7th, 2018 the California sky’s were lit up, causing many residents to be in shock. Later that night, Space X confirmed that the Falcon 9 had successfully been launched and later, confirmed landing. “The company was founded in 2002 to revolutionize space technology, with the ultimate goal of enabling people to live on other planets.” By 2022 Space X is aiming to send cargo ships to Mars, and as the Falcon Heavy is being manufactured and added to, they are expected to send normal people into space. When Ross School’s 6th grade class will be attending high school, 2024, crew and cargo launches will be conducted. Space X has scheduled five launches by the end of 2018, meaning Space X could have 2019 be their year when they take over the space industry. Elon Musk, who’s net worth is 19.2 billion USD, the founder of many major technology companies, such as PayPal, Tesla, Space X and many more that have revolutionized the technology fiel 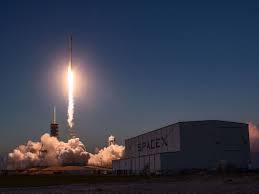 d. The “Falcon 9 was designed from the ground up for  maximum reliability. Falcon 9’s simple two-stage configuration minimizes the number of separation events — and with nine first-stage engines, it can safely complete its mission even in the event of an engine shutdown.”  With the successful launch and landing of the Falcon 9, Space X will continue to reach new heights in the space industry and some day maybe a student at Ross School could be a passenger on a ship into space.