Stan Lee: The Life and Death of an Icon

On November 12, 2018, Stan Lee, a comic book icon, died at the age of 95 at Cedars-Sinai Medical Center in Los Angeles, California, from heart failure.

Stan was born in New York City, to Celia and Jack Lieber. These people were Romanian Jewish immigrants. Many in the comics and media industry know Lee for creating Spider-Man, the Hulk, Doctor Strange, the Fantastic Four, Iron Man, Daredevil, Thor, the X-Men, and many other fictional characters. He also played a role in establishing a common universe. He is also known for challenging the industry’s censorship organization, the Comics Code Authority. With his help, the company was pushed to change their policies. Lee later led the expansion of Marvel Comics from a small division of a publishing house, also called Timely Comics, to the large multimedia corporation that we know today.

In almost every Marvel film and television project he is featured in he makes an appearance. Before he died, he recorded his cameos for upcoming Marvel movies. A few of these appearances are self-aware and sometimes reference Lee’s involvement in the creation of certain characters. Things like this are what made Stan Lee an inspiring and creative person. 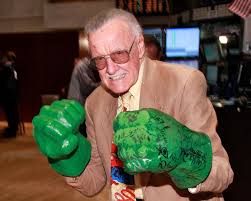 Mr. Lee was a central player in the creation of many characters, all properties of Marvel Comics. For many, Stan Lee represented the creative and progressive media behemoth called Marvel. In addition to creating characters, Stan also oversaw the company’s emergence as an international comic behemoth. A writer, editor, publisher, Hollywood executive and promoter, he truly was the catalyst that allowed Marvel to thrive and grow.

Under Mr. Lee, Marvel transformed the comic book world by introducing the 4th wall and making their characters feel relate able, as well as an awareness of real world problems and the incorporation or real world concepts. 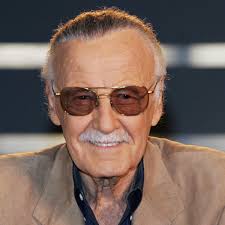 By doing this, Lee balanced his characters and renforced the idea that not everyone is perfect and with power comes consequences. Mr. Lee tried “to make them real flesh-and-blood characters with personality,” he told The Washington Post in 1992.

Lee died at the age of 95 at Cedars-Sinai Medical Center in Los Angeles, California, on November 12, 2018, after being rushed there in a medical emergency earlier in the day. It was later found out that he died from heart failure. He will never be forgotten and will remain an icon. “’I want to do more movies, I want to do more television, more DVDs, more multi-sodes, I want to do more lecturing, I want to do more of everything I’m doing,” he said in “With Great Power …: The Stan Lee Story,” a 2010 television documentary. “The only problem is time. I just wish there were more time” (Stan Lee).